While you were away, a landslide of video games has been receiving a good spotlight in 2018. This year, the outspread of updates on a number of video games can’t be stopped from reaching people’s attention. Costly it may be, but never will the beauty of video games meet its abrupt end and it’s pretty easy to see why. Catch up with what’s on trend and make the best out of your bucks! A list of the best video games for 2018 is found below:

A world fixed on monster hunting, this one lives up to its name. From its very title, it’s a game that will create a hunter out of you, as every game will. However, what you’re in a hunt for is rather twenty times gigantic than your average human challenger – they’re dinosaur-liked and dinosaur-sized creatures that are seriously not to be messed with. Yep, it’s not the first-ever to feature dinosaurs battling mortals, but it’s probably one to catch your interest and keep it moving. Either you survive the strange land alone or with a crowd, these monsters won’t stop until you meet your demise. Learning your battling style, making use of heavy-duty weapons and saying no to befriending dinosaur slashed monsters will keep you alive, and the rest is pretty much up in your hands.

Welcome to the God of War

Out in a semi-open world where wandering feet are welcomed, the realm you’ll immerse in is nothing but graphical-grandeur. What you’ll first notice while coming here is its impressive technical artistry that’s pretty much making the game all the way more famous in the scene. Straying away from its previous violent and misogynic repute, its storyline is another to keep the interest bouncing. Aside from its note of Norse Mythology, Kratos’ story and his relationship with his son is probably one of the main things that can’t help players stick their butts out. Filled with bloody and brutal combat, God of War is the same way releasing some heart-rendering moments between the father and son. As both Kratos and Atreus are encircled in a deeper chain of discovery and battle; more available weapons, armors and advanced combating powers await you – it’s a big thumbs up reboot. 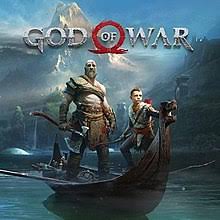 Find your way out

It takes two to make a game withstanding. Either you take Vincent’s or Leo’s shoes, you and the partner you’ll be with should learn the basics: survival.  It’s a wicked co-op adventure that will release your inner Sylvester Stallone video game edition. But how do you make sure you’ll come out alive? Well, it’s the competence of the team-up which will determine so. Sometimes, being with a partner is outright frustrating, but once you’re down with the right one, the challenges you’ll face with will give you that kind of action-packed vibe. A Way Out won’t let you go through the journey alone but if you plan to do so, prepare to face the end of your triumph as well. From escaping prison to shooting enemies, there’s definitely no leaving behind of partner in this game lest you’ll defeat its very purpose.

Shadow of the Colossus

Step into the Shadow of the Colossus

The latest remake of the game makes it all the way better. If you thought of the previous games a little out from the ordinary, Shadow of the Colossus will prove you wrong. Basically, this game has created much fuzz because of its impressive visuals. The name Shadow of the Colossus has started gaining attention since its release in 2015. Heading to a land where the dead can be subject for revival, you as a player will learn about Wander, who is bound to explore on a journey towards the so-called mystic land in the hopes of bringing back his loved one. Updates have been done and so far, people dig it. Bugs are removed, minor lapses are attended, and visuals are five times even more captivating, making the game more challenging.

Games such as Celeste brings back the good old days of Nintendo. Perhaps jumping incessantly towards a maple destination will never cease to be a thing even though gamers of Mario have already grown beards and wisdom over the last 5 years. The game is pretty easy to follow – you will get to walk on the shoes of Madeline, a girl with the hopes of climbing the mountain to no avail. On her journey, she will encounter interesting characters and her determination to continue so will be put to test.

What’s up with Minit

Playing Minit is betting on your trial-and-error progress. It’s an indie game fused in a basic visual that roots its inspiration from The Legend of Zelda. The tricky part of this game is that you’re only allowed to play for 60 seconds and your character will reduce to zero. Simple it may sound, starting from the game’s black-and-white format and instructions, but there’s actually a deeper lesson that lies behind every tickle of the clock. What you’ll learn after every one minute expands through the way you will perceive progress, learning and time.

There’s only one phrase for all DragonBallZ-grown adults upon hearing this game’s coming – “Shut up and take my money!” Teaming up with Vegeta, Piccolo, and the whole crowd is nothing but a sweet treat for all gamers who can’t wait to get their hands on a duel with their favorite fighters. Dragon Ball FighterZ allows you to take on your anime spirit in a clashing duel with your childhood characters and use different fighting techniques. Long story short, it’s a battle that’s long itched and awaited for.

Iconoclasts impresses gamers with its rich and playful animation and a catchy music you would bump along while playing. But the retro game is more than what it looks and sounds like. The main character, Robin, is a mechanic whose interests seem to go against her world. Together with 20+ bosses, a captivating storyline and a bunch of hardcore tools and weapons, all these make the players ride on.